Unlike the living room, which remains a primary destination for settling in to watch TV at the end of the day, dining rooms and kitchens across the U.S. are getting a little less use than they used to, according to a Nielsen report (Nielsen.com). That’s because Americans have embraced the experience of eating out, with “away-from-home” spending hitting a major milestone midway through this decade.

Given that individual food and beverage consumption remains relatively static once we reach adulthood, the downside of the shifting spending trends for retailers is clear: the portion of dollars we spend in stores is trending downward. In fact, it dropped to 48% in 2014.

There is an upside, however: The total amount of money we spend on food is growing. The challenge for all food retailers then, is attracting a greater proportion of that total spend.

At first glance, you might think the shift is simply the result of consumers opting for restaurants over supermarkets. But it’s not that clear cut. In fact, a more nuanced look at the data shows that channel definitions are blurring, and a bevy of new options are combining the roles of the restaurant, grocer, farmer and concierge. This has led to a range of crossover and new-format competitors: the convenience store, the online restaurant delivery aggregator, the juice bar and so on.

A few years ago, these competitors were relatively insignificant in the grand scheme of things. Today, they’re taking a bigger bite out of the overall food and beverage pie—and the impact is starting to materialize. For example, the amount consumers spend with pure-play meal kit providers is growing at three times the rate of their spending with more traditional food and beverage providers.

So who’s eating what, and where?

While brands seeking growth are often quick to target up-and-coming consumer segments, it’s often insufficient to cast a net as wide as a very large group simply bracketed by age. The Millennial cohort is a good example, given the group’s size and increasing spending prowess. General knowledge about Millennials suggests that these consumers are on the cutting edge of new things, including meal kits and other online food services. But a more data-driven segmentation uncovers the real story in emerging and online food and beverage options.

Specifically, a data-driven look at purchase behavior reveals that Gen X consumers actually account for 51% of meal-kit spending. That said, however, all age groups are trying new food and beverage options.

Producing for, distributing to, or retailing in a particular channel is no longer sufficient. Nor can a company simply add channels without changing the way it does things—it’s impossible to be all things to all consumers. Instead, retailers and restaurants must develop food and beverage strategies at the intersection of shoppers’ desired occasions, locations and experiences, focusing on the key combinations where they are poised to excel.

On June 25, Jongerius Hanco B.V., located in Amersfoort, The Netherlands, was acquired by the BluePrint Automation (BPA) Group. “Both companies are very excited about this ...
Read More → 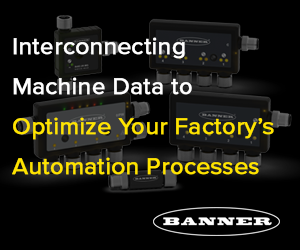