Continuing capacity expansions indicate that there are growth opportunities in the global OPP films market, despite China generating excess supply.  The non-food packaging category will generate the strongest growth of 5.7 percent per year through 2022, led by garment packaging.  In developing economies with retail environments such as open air markets, transparent OPP film is used to be able to see the product while preventing it from becoming dirty.  Lawn fertilizers, pet food and others will convert from multi-wall bags to laminations that utilize OPP film, also driving growth in this category.

The labels category will generate average growth, led by the continuing popularity of self-adhesive labels that provide the “no-look” label appearance on the glass packaging of beer and wine and on personal care containers.

The largest volume category, food packaging, will generate moderate but slow growth.  Frozen foods will generate the strongest growth, followed by confectionery.  Products such as frozen ice cream treats and a wide variety of confectionery will benefit from a growing middle class with increasing disposable income in China and other developing economies.

The non-packaging category will also generate moderate but slow growth.  Capacitor film and other applications such as battery separator film generated strong growth through 2017, but that growth will slow through 2022.

In addition to these insights, Allied Development Corp.’s Bi-oriented Polypropylene Films 2018 to 2022 study includes additional market insights and lists OPP film producers by region and their overall capacity changes from 2010 through 2017.  The study provides further insight into global OPP film markets and the technology behind producing OPP film, and it profiles the 11 largest film producers and the largest equipment suppliers that are important to OPP film production, winding and slitting and coating.

To purchase this study or look at the library of studies available, please go to: http://www.packagingtechtoday.com/industry-studies/

According to robominds, the latest vacuum technology product from Piab has earned the nickname “Super Cup” because it simply lifts anything - regardless of the material, ...
Read More →

Packaging for the Modern Patient: Key Considerations for E-Commerce

By Todd Meussling, Senior Manager, Market Development, Fresh-Lock As e-commerce continues to grow, industries across the board are looking to streamline packaging solutions to meet the ...
Read More →
Packaging Automation Center 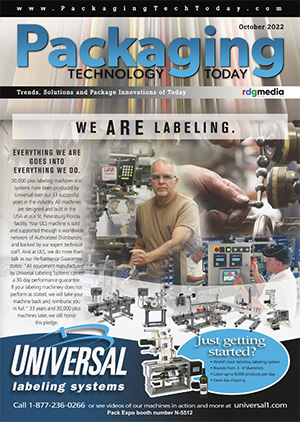