“We applaud Representatives Lawson and Buck for continuing their bipartisan work to level the playing field and ensure unfair market practices do not disproportionately harm the American beer industry or the 2.1 million jobs it supports,” said Jim McGreevy, president and CEO of the Beer Institute. “The APEX Act will bring much-needed transparency to aluminum benchmark pricing, which helps all those in the beer industry and the multitude of American job creators that rely on aluminum.”

The American economy has faced significant job losses and economic uncertainty due to the COVID-19 pandemic, and in 2020 alone, more than 568,000 jobs were lost in the beer industry. APEX would bring stability and transparency to the price of a major commodity used by American businesses, spurring long-term investment and creating new good-paying opportunities for American workers. This commonsense and bipartisan proposal to increase regulatory oversight would restore confidence in the metals market, ultimately benefiting American workers and the broader U.S. economy, including the millions of American consumers who purchase aluminum products every day.

“America’s beverage companies appreciate this effort to bring transparency, enhanced oversight and more certainty to a complicated metals pricing system,” said Katherine Lugar, president and CEO of American Beverage. “We appreciate Mr. Lawson and Mr. Buck for continuing to lead the way on this bipartisan bill that will ultimately benefit American workers and consumers.”

Almost one third of all non-alcoholic beverages come in aluminum cans, and more than 74% of all beer produced and sold in the United States is packaged in aluminum cans and aluminum bottles. Aluminum used in cans is the single most substantial cost in American beverage and beer manufacturing.

According to a recent report by Harbor Aluminum, from March 2018 through December 2020, the Section 232 tariffs cost America’s beverage industries an additional $848.6 million. The tariffs have created significant costs on aluminum end-users, and these costs are only magnified by the problem inherent in the current aluminum pricing structure. When the tariffs are coupled with the effects of the pandemic, American businesses are faced with enormous costs and American jobs and future investment are imperiled.

Aluminum boats, for example, represent more than 40 percent of new boat sales each year and account for approximately $3 billion in retail sales. An estimated 22,000 American jobs rely on the aluminum sector of the marine industry, which has seen its aluminum prices spike, even for domestically produced aluminum. Further, marine manufacturers are not only suffering from inflated prices due to 232 tariffs but also retaliatory European Union tariffs on American-made boats and engines that have decreased U.S. exports to the E.U. by 42 percent.

“Section 232 tariffs have been weighing on the recreational boating industry since 2018, specifically, driving up the cost of critical raw materials and reducing annual exports to Europe by more than 40 percent – a market that previously accounted for a quarter of the industry’s international sales,” said Frank Hugelmeyer, president of the National Marine Manufacturers Association. “These aluminum and steel tariffs have caused far more harm than any perceived benefits and will lead to significant job losses across multiple sectors of the economy if they are not removed in short order.”

Aluminum is also a critical component in flexible packaging not only to maintain product freshness and safety but also to offer stiffness, integrity and sterility to the package. Aluminum foil is used in flexible packaging for many of the products that consumers purchase every day, whether in grocery stores, pet stores, retail stores, or pharmacies, as it is used for a variety of purposes, including food, beverage, and medical and pharmaceutical applications.  Products in flexible packaging are also found in doctors’ offices, hospitals, and restaurants.  When it comes to packaging for medical devices, food, and pharmaceuticals, quality is critical – literally a matter of life and death.

“Fine gauge aluminum foil is necessary for barrier protection and sterility in a host of food, pharmaceutical and medical device flexible packaging, and it is not available in the U.S. both in terms of quantity or quality. The Midwest Premium, on top of the current tariffs and duties on foil from outside the country, leaves U.S. converters vulnerable to competition from foreign suppliers of finished goods.  In fact, these extra costs only injure the aluminum manufacturers’ customers and may destroy the very market they seek to protect,” said Alison Keane, president and CEO of the Flexible Packaging Association.

Xerox Managed Print Services (MPS; xerox.com) customers will have the opportunity to contribute to the reforestation of global forests through Xerox's new partnership with PrintReleaf. Based ...
Read More →

Polymer Solutions International – We are a world leader in material handling products and solutions, like our and bottled water racks. For years, we’ve been servicing ...
Read More → 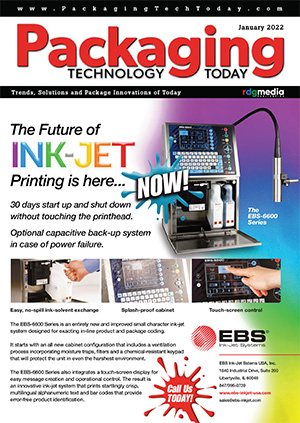 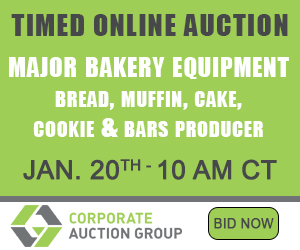