Catchweighers, which in North America are more commonly known as in-motion scales, are an essential aspect of material handling, as well as parcel processing and distribution. In a fast-paced distribution environment, catchweighers must operate both swiftly and with exacting accuracy; in terms of precision, the weigh cell becomes the central, mission-critical element.

Like many crucial machinery items, technology has evolved in recent years. The latest and greatest catchweighers incorporate weigh cells featuring electromagnetic force restoration, or EMFR. Let’s explore what this entails and how it compares to conventional weighing methods.

EMFR systems can be compared to a simple beam balance—although the intricacies are anything but. Incoming weight on the load plate causes the lever arm (1) to leave its nominal resting position. The position detector (2) recognizes this slight position change and forces the coil (4) on the other side of the lever arm to move out of the magnet’s field (3). When this occurs, a photoelectrical beam recognizes any minute deviations in lever arm position and immediately sends its findings through a measurement resistor, transforming this data into a digital signal via an analog-to-digital (A/D) converter. The resulting digital weight value is determined by an advanced digital signal processor at exceptionally fast speeds, with an internal sampling rate of 1mS, or 1,000 weight values per second.

Figure 2. Settling Behavior of an EMFR Weigh Cell vs. a Conventional Load Cell

One benefit of strain gauge checkweighers is that they possess a lower point-of-entry price than their EMFR counterparts. However, the front-end savings can be offset by costly rework, should the weight that appears on the scale not match the advertised weight on consumer packaging.

Strain gauge checkweighers are also more susceptible to environmental factors and external vibration that can negatively impact weight results, leading to inaccurate readings. Certain EMFR weight cells can be equipped with Active Vibration Compensation (AVC) technology, which greatly reduces the amount of operational interference that could affect measuring results. This is accomplished by mounting two weigh cells within one housing, where one cell measures only the load to be weighed (1), while the other measures only the vibrations (2). AVC electronics removes much of the vibration component from the load signal by calculating and comparing the two measurement curves (3). The obtained measurement result is very close to a result that would be achieved without any influence through vibration (4). The net result is that dynamic weighing systems can be used reliably in places they otherwise could not, due to external vibration sources, such as sorters or transport systems like forklifts. AVC technology can reduce external vibrations, particularly those under 10hz, to one-tenth of their value while maintaining a high level of weighing accuracy.

For material handlers, AVC offers the potential to increase profits through gram-precise weighing results. This makes transport billing fees more exacting and ensures parcels are placed into the proper pricing category. Many companies in the courier, express and parcel (CEP) sector use AVC technology in their weighing systems—and increase their profit margins by doing so.

When factoring in pricing categories, AVC ensures that packing and shipping companies will meet a certain weight threshold, allowing them to not only begin billing early, but ensuring their charges are correct, based on precise measurements offered by EMFR and AVC.  WMHS 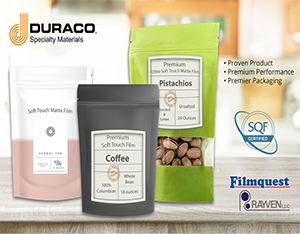